Good news for London based Forex brokers, the FX market just received its triennial health check in the shape of the Bank for International Settlements Global FX Survey. The BIS, which is headquartered in Basel Switzerland, was formed back in1930 and is the bank for central banks.

What's in this guide? show
What can the FX survey data tell us?
You may also be interested in:

The BIS sets out policy and regulation for the worlds banking markets on key issues such as levels of solvency and more recently on codes of behaviour. Though the BIS is owned by 60 of the world’s central banks it is seen as being an independent international banking authority.

The bank’s triennial FX survey has become something of a bible and provides an authoritative look at trends within the FX market.

FX, of course, is largely traded off-exchange and the market is decentralised in nature, which makes gathering comprehensive and accurate data on it very difficult.

The BIS FX survey has been conducted every three years since 1986 with the specific aim of increasing the transparency of these key OTC markets. Information is collected over the month of April and the data is released in September, the BIS will follow up this year’s release with its own statistical features and analysis that will form part of its December 2019 quarterly overview.

What can the FX survey data tell us?

Well, business is booming according to data.

In fact, the daily average turnover in the global FX markets grew by +30% in 2019 when compared to the same period in 2016, which itself saw daily volumes of USD 5.10 trillion.

Let’s try and put that number into context, in 2017 US GDP totalled USD 19.39 trillion according to the World Bank. Meaning that the global FX markets, on average, now turn over a sum larger than US GDP every three business days.

In terms of the instruments that are traded the US dollar remains the driving force in FX, with the dollar being a participant currency in some 88% of all FX transactions.

The chart below sourced from the 2019 BIS analysis shows that the euro was the second most actively traded currency, participating in 32.30% of all FX trades. It will come as no surprise then to learn that EURUSD remains the most actively traded currency pair, accounting for 24% of FX average daily turnover during the survey period.

Looking closer to home volumes in the British pound remained constant with sterling involved in 12.80% of all FX transactions, matching the figures it achieved in 2016. At the same time, GBPUSD activity rose slightly to 9.60% compared to 2016’s figure of 9.30%

In terms of the geographic spread of the Global FX markets, five regional centres, London, New York, Hong Kong, Singapore and Tokyo accounted for 79% of all FX transactions.

London reinforced its status as the number one centre for FX trading some 43% of all global FX trades were conducted in London during the 2019 survey period. What’s more London’s market share grew faster than the global average, suggesting that Brexit uncertainty has largely been overlooked by FX market participants at least from a transactional point of view.

We previously looked at what makes London the best place to trade FX, the most recent BIS data bearing out the trends that other local surveys have identified.

Overall then the outlook for FX markets looks positive, volumes and activity are growing and London’s geographic positioning, its regulatory environment and the pools of talent and services that are available here, are keeping it at the forefront of the market.

On the flip side, the overall increase in FX turnover could have come about as a result of heightened geopolitical tensions around global trade, concerns about global economic growth and the political uncertainty around key events such as Brexit. However, as traders, we should try to be largely agnostic about the causes of this increased turnover and instead try to take advantage of and benefit from it. 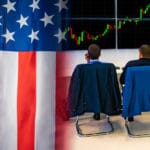