Best ways to send money abroad from the UK

In this guide, we will explain the best ways to send money to abroad using currency brokers for large amounts and money transfer apps for smaller amounts.

Our picks of the best accounts for sending money abroad

Use our comparison of what we think are the best accounts for sending money abroad to compare how many currencies they offer, what the minimum and maximum transfer sizes are, or if they offer currency forwards and currency options. You can also see how established a company is by comparing when they were founded, how many customers they have and how much money they transfer abroad.

We have chosen what we think are the best ways to send money to abroad based on: If you are sending a large amount of money abroad for a personal property purchase or for business OFX are a good choice. As these large money transfers are not regular occurrences and can often be quite daunting, having a personal account execution to help with administration and to ensure the process goes smoothly is a real help. Wise offer a very low-cost way to send money abroad. There is an excellent tool for getting live quotes on the website and is most suitable for small and medium-sized transfers. Western Union is one of the oldest money transfer providers in the world. The app has recently rebranded as WU which allows users to send money abroad at excellent rates. This year they have significantly reduced fees for sending money abroad and improved its exchange rates to compete with money transfer startups.

Use our exchange rate comparison tool to request quotes from multiple providers and see how you could save up to 4% on large GBP currency transfers versus using your bank when you send money abroad.

How do you send money abroad?

After comparing money transfer companies to find the best one for your requirements, the first step is to create an account with a provider. To open an account with an international money transfer app or website, you will need to sign up via their website or app with a phone number, email address and you name. The money transfer company will request your personal details, as well as the details of the bank account you wish to send your money to. Opening an account can take some time because providers today have to perform strict identity checks for money laundering reasons. It can be a good idea to have an account set up well before you want to make a transfer.

Once your account is set up and you are ready to make a transfer, it is usually just a matter of agreeing on the exchange rate and making a payment to the provider. Once the provider has received your money, they will then transfer the money to the bank account overseas.

Beware, though, exchange rates are constantly fluctuating. So, if you plan to make an international money transfer, it can pay to keep an eye on exchange rates. By making a transfer when the exchange rate is more favourable, you can potentially save money. If you are sending a large amount of money abroad you can lock in the current exchange rate with a currency forward contract for a transaction in the future.

The Pound Sterling is one of the oldest currencies in the world. It is the official currency of the United Kingdom and some crown dependencies. Sterling’s FX abbreviation is GBP. Most FX quotations are against one Pound Sterling, e.g., GBPUSD specifies how many US dollars for one pound.

As the currency of one of the largest economies, the British Pound is actively traded in the foreign exchange market. It is the fourth most traded currency behind the Dollar, Euro, and the Japanese Yen. Many central banks hold Sterling as part of their foreign exchange reserves (IMF estimates this to be $550 billion).

The Bank of England, the second oldest central bank in the world, manages the monetary policy and policy rate. These two factors bear heavy influence on the movement of Sterling. More specifically, the nine-member Monetary Policy Committee (MPC) meets eight times a year to debate the economy and to adjust the policy rate if necessary. Currently, the policy rate is set at 10 basis point (0.1%), the lowest level in more than 200 years.

Over the past few years, another factor has emerged to influence to movements of Sterling, namely Brexit. But the impact of Brexit is slowly diminishing due to the conclusion of the separation treaty.

Foreign exchange is a large and interconnected market place. Billions of dollars are transacted 24/7. Unsurprisingly, many factors can influence exchange rates movements. Most factors can be grouped under the three broad categories: 1) Political, 2) Economic, and 3) Monetary. Because of the myriad of market-moving factors, it is hard to calculate the correct value of a currency at any time. Even if we can compute this value, exchange rates rarely stay at that price.

For Sterling, its value since 2015 has been a roller coaster ride. This is due to the political uncertainty arising from the Brexit referendum (see below). At time, Sterling trades like an emerging market currency. But the conclusion Brexit has diminished the impact of the event.

Apart from Brexit, other factors that drive the exchange rate include the economic outlook, inflation, and quantitative easing. 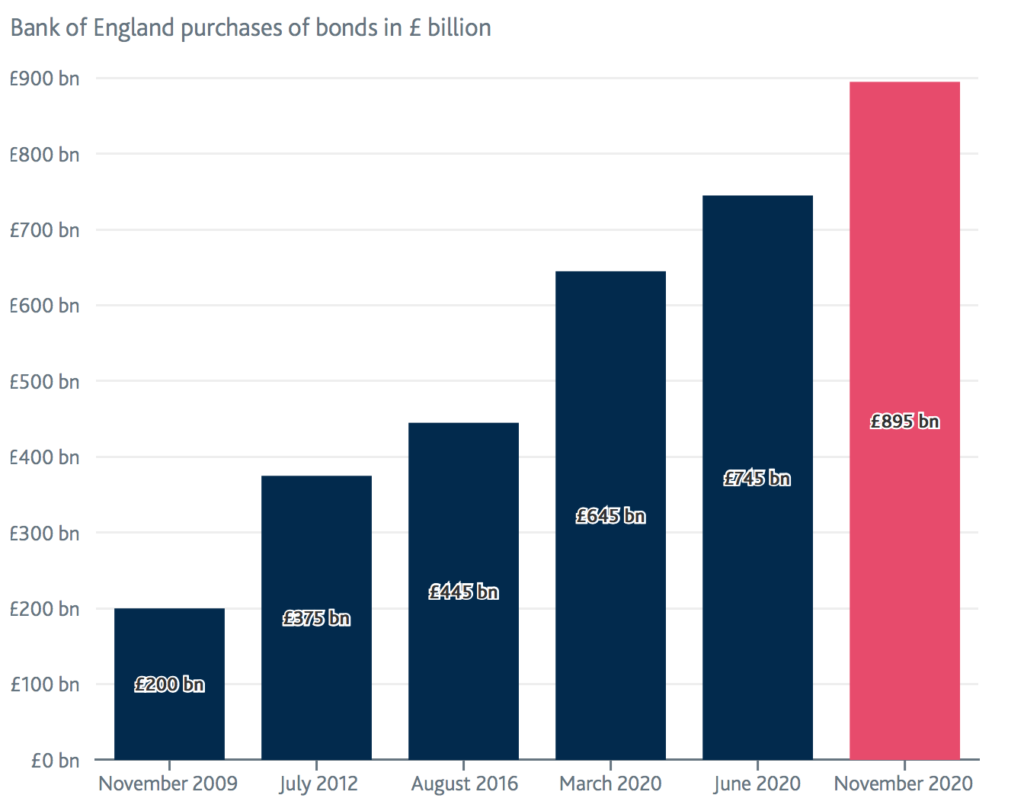 Another crucial factor is expectations. If investors expect an economy to do well – even from a poor starting point – then they are willing to buy the currency. In contrast, if the market anticipates the economy to deteriorate despite if it doing well now, then the exchange rate will have limited upside.

Bottom line – Sterling has been quite volatile over the past few years because of Brexit. Now that event has passed, economic factors may have more influence on its direction. In 2021, one of the most important factors to watch for is inflation. This is due to a constriction of supply and pent-up demand arising from the pandemic.

The current best Pound Sterling exchange rate versus other G10 currencies is the mid market price which is:

What is the best way to send large amounts of money abroad?

The best way to send large amounts of money abroad is to use a currency broker.

As well as getting the best exchange rates, if you send money abroad with a currency broker you also get:

How much does it cost to send money abroad?

When you convert and transfer money with a currency broker your fixed exchange should be a maximum of 0.5% from the mid-market for currency transfers. To put this in perspective, banks traditionally charge 3-5% which means that if you are sending £100,000 worth of GBP you could save up to £4,500 with a currency broker versus the banks.

Request a quote to see how much you can save – you’ll find a better exchange exchange rate than by using your bank.

Where can I compare quotes for sending money abroad?

How do I get the best exchange rate when sending money to abroad?

Should I send money abroad now or wait for the exchange rate to improve?

If you think the GBP exchange rate is going to go in your favour you should wait. Or, if you are worried the rate will move against you, it is possible to lock in the current rate for up to a year in advance with a currency forward.

Yes, you can send money using PayPal, but it is very expensive. If you are only planning on sending a small amount of money abroad a money transfer app is much cheaper.

How much money can I send abroad?

With a currency broker, you can send an unlimited amount of money abroad. Money transfer apps are good for sending under £10,000. Banks are the worst way to send money abroad because of the high fees.

How do you send money abroad?

The three main ways to send money to abroad are:

Can I lock in an exchange rate when sending money to abroad?

Yes, the best way to get the currency exchange rate if you want to send money abroad is to use a currency forward where you buy the currency now by putting down a small deposit and pay the balance when you make the transfer.