There have been quite a few changes at ETX Capital recently. Andrew Edwards the long-standing CEO left in October 2017 to run Saxo Capital Markets.

Anyway, if you want to learn more about the new ETX Capital CEO Phil Adler, you can read the CEO interview here.

Award-winning Spread Betting and CFD broker ETX Capital today announces the resignation of its CEO Arman Tahmassebi. Mr Tahmassebi had been with ETX for 3 years, joining as COO in 2016 after 1 year as COO at London Capital Group and 14 years at IG. Under Mr Tahmassebi’s leadership, ETX has delivered excellent performance through 2018 and he leaves the company in a very strong position heading in to 2019.

Replacing Mr Tahmassebi at the helm will be co-CEOs Philip Adler, who was hired at ETX in 2018 as COO, and John Wilson, who will take on day-to-day management responsibility switching from Non-Executive Chairman. The appointment of co-CEOs has been made with immediate effect.

Philip Adler brings a wealth of retail and institutional experience to ETX having held senior positions in the CFD sector over the last 20 years at GNI, MF Global, IG and more recently at ED&F MAN Capital Markets.

John Wilson has been involved with ETX Capital since 2010 and more broadly in Equity and Fixed Income markets over the previous 30 years having held senior positions at UBS and Lehman Brothers. Mr Wilson is currently Non-Executive Chairman and will take up the role of co-CEO alongside Mr Adler.

The appointment of co-CEOs gives ETX a wealth and depth of knowledge across all facets of the business and enables the company to continue its growth strategy of delivering market leading service and quality technology to a wide range of Professional, Retail, HNW and Institutional clients.

“The Board wishes to thank Arman for his hard work and dedication as both COO and, over the last year, as CEO. He has made a significant and positive contribution to the company and we wish him well in his future endeavours.” John Lewis partners with Nutmeg to offer investment and savings 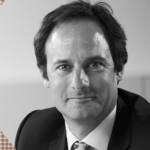