Sending money to Australia can be quicker and cheaper if you use the right provider. Use our Australian Dollar exchange rate comparison tool to save up to 4% on large AUD currency transfers versus using your bank. 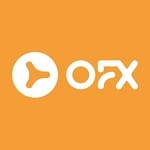 OFX: Best for sending large amounts of money to Australia

If you are sending a large amount of money to Australia for a personal property purchase or for business OFX are a good choice. As these large money transfers are not regular occurrences and can often be quite daunting, having a personal account execution to help with administration and to ensure the process goes smoothly is a real help. Wise offer a very low-cost way to send money to Australia . There is an excellent tool for getting live quotes on the website and is most suitable for small and medium-sized transfers. Western Union is one of the oldest money transfer providers in the world. The app has recently rebranded as WU which allows users to send money worldwide at excellent rates. This year WU has significantly reduced fees for sending money to Australia and improved its exchange rates to compete with money transfer startups.

When sending money to Australia the main things to compare are:

History of the Australian Dollar (AUD)

The Australian Dollar is the official currency of Australia. It has been in existence since 1966, and is often known in the market as the ‘Aussie’. AUD is its market abbreviation. When we refer to AUD it is often reference to USDAUD, the Aussie dollar versus US dollar exchange rate.

The currency has been free-floating since the eighties. This means that it is not pegged against another other currency or maintain at a fixed exchange rate. High volatility of the Aussie dollar means that it is one of the most traded currencies in the world.

According to the Bank of International Settlements’ triennial 2019 survey, the Aussie dollar is the fifth most traded currency in the world, ahead of the Swiss Franc and Canadian Dollar. Its turnover is about nearly seven percent of the market total.

AUD derives its volatility from its exposure to the commodity market. Australia is blessed with abundant commodity minerals, including oil, agricultural products, rare earths, uranium and other metals. It exports most of these commodities to other countries. Unsurprisingly, the Aussie Dollar is heavily impacted by commodities.

Researve Bank of Australia is the central bank of Australia. The bank controls the monetary policy of the country which impacts the Australian dollar significantly. One of its key objectives is to maintain the stability of the currency. The nine-member Reserve Bank Board meets 11 times each year, one each month except January, to determine the policy rate (cash rate) and appropriate monetary policy for the country. The policy rate now is at 10 basis points.

Foreign exchange is a complicated market as billions of dollars are transacted every day round the clock. Many factors move the foreign exchange market. However, most factors can be aggregated under the three broad categories: 1) Political, 2) Economic, and 3) Monetary. Because of the myriad of market moving factors, at any one time, it is hard to calculate the ‘right’ value of a currency at any time.

Generally, inflation is one of the most important considerations for investors. The Reserve Bank of Australia has a mandate to hold the country’s inflation at 2-3 percent. If the rate shoots out of this band, it will trigger a reaction from the central bank. Over the last two decades Australia’s inflation rate has been fairly benign (see below). Another factor to consider these days is quantitative easing. In the last policy meeting (1 June), the central bank noted that the ‘economic recovery in Australia is stronger than earlier expected’. As a result, RBA states that ‘at the July meeting the Board will also consider future bond purchases following the completion of the second $100 billion of purchases under the government bond purchase program in September.”

Expectations of these policies are very important. If the market expects higher inflation, lower unemployment or better growth ahead, the currency could appreciate immediately (sometimes within minutes). A better- or worst-than-expected data release often impact the currency.

Bottom line – The Aussie dollar is dependent on several factors, including interest rates, inflation outlook, quantitative easing, commodity prices, and growth. It is a volatile currency with significant price trends available for traders to bet on. The current best Australian Dollar (AUD) exchange rate versus other G10 currencies is the mid-market price which is:

What is the best way to send money to Australia

The best way to send money to Australia is to use a currency broker.

As well as getting the best exchange rates, if you send money to Australia with a currency broker you also get:

How much does it cost to send money to Australia?

Request a quote to see how much you can save – you’ll find a better Australian Dollar (AUD) exchange rate than by using your bank.

Where can I compare quotes for sending money to Australia?

How do I get the best exchange rate when sending money to Australia?

here are a few tips on getting the best Australian Dollar (AUD) exchange rate:

Should I send money to Australia now or wait for the exchange rate to improve?

If you think the AUD exchange rate is going to go in your favour you should wait. Or, if you are worried the rate will move against you, it is possible to lock in the current rate for up to a year in advance with a currency forward.

Can I send money to Australia using PayPal

Yes you can send money using PayPal, but it is very expensive. If you are only planning on sending a small amount of money to Australia a money transfer app is much cheaper.

How much money can I send to Australia?

With a currency broker you can send an unlimited amount of money to Australia. Money transfer apps are good for sending under £10,000. Banks are the worst way to send money to Australia because of the high fees.

How do you send money to Australia

The three main ways to send money to Australia are:

Can I lock in an exchange rate when sending money to Australia?

Yes, the best way to get the currency exchange rate if you want to send money to Australia is to use a currency forward where you buy the currency now by putting down a small deposit and pay the balance when you make the transfer.