Seedrs investors get five exits in row for 2020

Home > News > Seedrs investors get five exits in row for 2020

Equity crowdfunding platform Seedrs.com announced its 5th successful exit of 2020 this week as ANNA Money, a fintech service provider for small businesses, secured £17.5m of funding from ABH Investments who has taken a majority stake in the company. The valuation allows holders on the Seedrs platform to exit from ANNA Money at a +40% profit after less than a year of investment.

What's in this guide? show
Seedrs investors exit ANNA Money
Previous Seedrs.com exits by year
How much capital has been raised on Seedrs by investors?
Seedrs has had its failures too
How has Seedrs performed as a business in 2019?
You may also be interested in:

ANNA Money raised £3.40 million through Seedrs in 2019 from 595 separate investors who will now share around £1.36 million between them

The other four exits from the platform in 2020 have also generated positive returns for investors including the acquisition of Courier magazine by US company Mailchimp which yielded a return of 3.4 times the original Seedrs investment. And Igloo Energy a smart home and clean energy service provider which returned 3.30 times the initial amount pledged by Seedrs customers.

The platform is chaired and was co-founded by Jeff Lynn, a former lawyer with experience of both the New York and London markets. CEO Jeff Kelisky is a tech and growth company veteran who oversaw the sale of Multimaps to software giant Microsoft. Whilst COO Karen Kerrigan is also a former litigator and a director of the UK Crowdfunding Association.

Seedrs has raised money for some more established names as well, having helped Revolut to access crowdfunding markets in the past.  It has had 14 successful exits from the platform since 2016 which are listed below.

How much capital has been raised on Seedrs by investors?

In total Seedrs has raised money for 1050 deals raising £880 million. In each case, investors were offered voting equity. Seedrs has the backing of 4300 of its own customers and of institutional investors as well and it is FCA regulated. Seedrs also offers a secondary market in the shares of its client companies and it traded a million pounds worth of those during the month of May.

Of course, these are the success stories associated with crowdfunding and growth company start-ups but for every success, there are many more failures.

The Enterprise Investment Scheme Association, a trade body for tax-efficient investment schemes, published a survey in early April that suggested that COVID-19 and the associated economic downturn, could result in 9 out of 10 UK growth businesses failing within 12 months. Government initiatives may help to stem the bloodletting but attrition rates for small companies and business startups in the UK run at around 60% per annum in normal circumstances.

Seedrs has had its failures too

We talk endlessly about the risks of investing in illiquid assets, and the risks of equity crowdfunding are no different.

Most notably food delivery service Pronto which raised £1.20, million £800,000 of which was via the Seedrs platform back in 2016. However, Pronto faced intense competition from the likes of Uber Eats, Deliveroo and Just Eat and was soon forced to fold.

How has Seedrs performed as a business in 2019?

Seedrs made an operating loss of – £4.30 million in 2019 burning through £5.0 million of cash in the process. Almost half of its then reserves. That fundraising coincided with the failure of another business, that had raised money through the platform, Clubhouse a London based Co-working space.

Picking winners and trying to balance the conflicting demands for both volume and quality of deals are hurdles that the businesses and platforms in the crowdfunding space face every day, as they try to achieve the critical mass that “guarantees” survival. That’s a challenge that their client companies know all about of course. 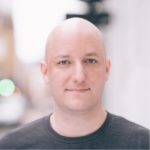