Robinhood Gold – More Like The Sheriff of Nottingham’s Silver

Robinhood started off with grand claims of democratising investing, but it has slipped into the murky world of actually trying to make money.

What's in this guide? show
Robinhood started off with grand claims of democratising investing, but it has slipped into the murky world of actually trying to make money.
You may also be interested in:

I don’t actually think that investing needs that much democratising anyway. In fact, all trading was expensive 20 years ago because there was less competition and online trading platforms were in their infancy. Then, technology caught up and as with every industry fees reduced naturally. When I was a student, I opened a Selftrade account and was able to buy shares for about £5. I was probably investing a few hundred pounds in small-cap stocks in the hope that some would rise significantly in value in the short term. Some did, some didn’t, but I don’t remember commission being a significant factor. It was more the bid/offer spread that was irksom.

It was only a matter of time before people started offing investing for free. We have seen a lot of commission-free accounts spring up over the years including Freertade, Trading212, IG and even Interactive Brokers launching IBKR Lite offering fractional shares.

In my life I do not believe there has ever been a point when someone with £100 to invest has been unable to do so.

There is a great fashion for fintech firms to say they are democratising something, but in really they are doing nothing more than looking for a savvy way to market an existing product. Which is access to the stock market. It has never been difficult to access the stock market or invest your money for the future.

There is however a growing trend in pushing new inexperienced investors towards products that they are not suitable for.

I think the blame for this can squarely be put on social media scammers introducing their followers to brokers through dodgy lifestyle campaigns. It has been particularly prevalent in cryptocurrency derivatives (which the FCA has just banned). But also on the providers because margin trade is a higher margin product than investing. Therefore, the modus operandi is generally let’s get a load of accounts open by advertising free investing and then upsell them to margin trading.

I personally think margin trading is great, it’s just that it’s very difficult to win at unless you really know what you are doing. Just look at the risk warning rates from UK CFD brokers.

Just because you can do something, it doesn’t mean you should.

As Polonius said, “a lender nor a borrower be” and for fear of losing a pound of flesh I shan’t quote  Shylock. (3.9)
eToro Review: Are they a short-term trading platform or a long-term investment account? (3.7)
CMC Invest Review: An investing app that lets you deal for free 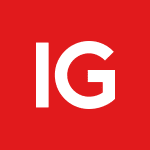