LVMH surges as investors anticipate a boom in luxury goods

Take a quick look at LVMH’s (US:LVMHF) share price. Not only are investors not expecting the rich to stop spending, the market is expecting a major boom in luxury goods, especially now that China has suddenly re-opened. Hotels are going to be full again; luxury boutiques filled with eager Chinese tourists snapping up high-end products. Back to the 2010s, hooray!

Is LVMH (US:LVMHF) a good investment in the long term?

So powerful is the current rally in the world’s largest luxury conglomerate that it is catapulting the majority owner – Bernard Arnault and family – to the top of the Forbes’ global rich list. The family is currently worth a staggering $210 billion US dollars – almost more than entire GDP of Greece ($222b)! And with a market cap of $430 billion, LVMH is now the 13th largest stock in the world.

The tantalising question is why have luxury stocks moved aggressively upwards when the general consensus on the world economy is generally bearish? Just this week, the economists from the annual Davos gathering were expecting a ‘global recession’ in 2023. And according to the World Bank this month (10 Jan 23): “Global growth is slowing sharply in the face of elevated inflation, higher interest rates, reduced investment, and disruptions caused by Russia’s invasion of Ukraine.”

But this negative sentiment just doesn’t match with what is going on in the luxury sector.

In the last quarterly LVHM results back in October, LVMH, which owns 55 brands, reported 20% revenue growth year-on-year. Perhaps investors are expecting a similar trend in the coming quarters. The company will report full-year results later this month (26 Jan)

Over the long term, the stock is amidst a powerful bull trend. When a stock is ignoring bearish market sentiment, it tells me that there are more buyers than sellers here. Rarely does it pay to go against this when the prevailing bull trend is deeply entrenched. Imagine trying to short Tesla (NASDAQ:TSLA) in 2021 – it would cost you time and money.

Hence, is LVMH still a long-term buy? For now, the answer is yes because:

However, not all is rosy with the luxury goods sector.

Therefore, while long-term investors should rejoice at the prospect of higher share prices here, there will come a point where some profit-taking might be in order to realise some long-term gains. When is the best time to buy LVMH shares?

At this point, there are two ways to buy to LVMH shares.

First, for shorter-term traders a good time to buy LVMH shares is probably now, as the stock just made new all-time highs. This is because whenever a stock propels to record price highs it attracts plenty of momentum buyers. At the same time, most investors are sitting on profits and will not want to sell. (Greed plays a part here.) Therefore, it creates a supply-demand imbalance that will probably force LVMH’s share prices higher.

Of course, from the risk-reward perspective, one may wait for a mild consolidation back to US$800 (or E750 on the euro chart) to initiate trading buys.

And as most investors will know, most bull trends peak at round number levels. Here I am looking at $900 or $1,000 for some profit-taking activities.

For investors who take a longer-term view,  wait for a further setback may be preferred before buying more, say, back to the bottom of the range at US$650.

A drop back below $550 probably spells the end of the current bull.

Is the LVMH share price overvalued or undervalued at the moment?

Judging from the surge in share prices, I would venture the opinion that the market is pricing in a very aggressive positive outcome here. The stock’s price-earnings ratio is north of 30 and the dividend yield is just short of 1.6%. While revenue growth is strong, the key is to sustain these double-digit levels into the next few quarters.

The question now becomes: Can the company deliver what the market is expecting?

Strong margins aside, LVMH is also riding on the huge demand for its products in many countries such as China. While the stock is thus a ‘must-have’ for many institutional investors, as soon as the Asian economies wobble LVMH’s current valuation may seem too high. There is no fat margin of safety here.

In other words, the company needs to perform exceedingly well to justify the surge in its share prices. The entire luxury sector has had a bull run of late. This is due to several reasons:

In a shorter-term, LVMH’s rally is overbought and could be due to a consolidation back to the prior breakout level.

The general consensus for the stock is bullish. Most analysts are projecting higher revenue, higher profits and stable margins for LVMH.

Two-thirds of the investment community are rating the luxury company as ‘Outperform’ or ‘Buy’.

The median price target for the stock, however, is not that high – around 800 euro. This has been reached by the company and it is now interesting to see if brokers will raise their price target in view of the ongoing bull run.

(LVMH share trades in Paris (ticker MC) and the US (OTC: LVMUY)) 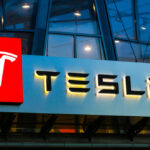