Currencies Direct the online currency broker and money transfer app based in London’s Canary Wharf has received a substantial vote of confidence from one of the world’s largest Private Equity investors.

What's in this guide? show
Blackstone invests £140m in Currencies Direct
You may also be interested in:

Currencies Direct will receive a capital injection of £140.00 million from funds that are managed by Blackstone, the US alternative investment manager with more than $880.0 billion of AUM.

The strategic investment from Blackstone is being earmarked at Currencies Direct so that they can pursue acquisition and growth opportunities in the currency conversion and payments markets.

The investment from Blackstone follows the completion of the restructuring of the company’s finances and over a couple of rounds, the business has refinanced just over £400.0 million, in a 12 month period

Currencies Direct already operates from offices in Canada, India, Portugal, South Africa, Sapin and the USA, from which they serve a customer base of private clients and small to medium-sized businesses.

Currencies Direct was founded in 1996 and opened its first European office in 1999. In 2009 it was authorised by the FCA, by 2018 it had amassed a quarter of million customers and employed more than 500 people, and it now has 20 branches on 4 continents.

“We are delighted to invest in Currencies Direct, a leader in FX payments with an impressive track record of strong, continuous growth and a cutting-edge, scalable technology platform that can be leveraged to integrate and capitalise on the significant consolidation opportunities in the market”

The currency exchange, transfer and payments market is still largely fragmented with unicorns such as Revolut and Monzo at the top of the tree, and many smaller businesses and start-ups active below.

And though the big names in the space will be out of Currencies Direct range, £140.00 million would be able to buy many of their small to medium-size competitors outright. 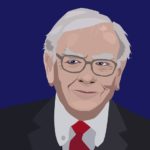