Plus500 wants to be big in Japan – Acquires EZ Invest Securities

Israeli-based but London-listed forex broker Plus500 has expanded into one of Asia’s biggest markets.

What's in this guide? show
Plus500 Acquires EZ Invest Securities
You may also be interested in:

Plus500 has acquired EZ Invest Securities a business that has type one regulatory permissions from Japan’s Financial Services Agency, the FSA.

EZ Invest Securities is also a member of the Japan Securities Dealers Association (JSDA) and the Financial Futures Association of Japan (FFAJ) and is able to offer CFDs and OTC FX trading as well, under its license.

No financial terms for the deal were disclosed but the take over of a Japanese broker by a western business does not happen all that frequently. So it’s something of a feather in Plus500’s cap to have been able to satisfy the FSA about that change of ownership.

Plus500’s share price response has been muted the stock is up by +2.66% since the acquisition was announced and the shares briefly traded at a new high of 1472.50p.

Perhaps the lack of detail on the costs of the deal and how it will be integrated into Plus500’s other operations hasn’t given the market enough to chew on.

It’s also worth noting that Plus500 shares have been in an uptrend since mid-April 2019, and in that time frame, they have risen by more than +90.0%.

Comfortably outperforming rivals CFD broker IG Group whose shares have risen by just +53.57% in that time.

Liberum and Peel Hunt both put pen to paper after the news broke, with Liberum saying that the acquisition represented a major growth opportunity for Plus500 and that the diversification that a wider geographic footprint brings, strengthened the business further.

And that in their eyes Plus500 remains undervalued, Liberum has as a buy recommendation and a 2500p price target on the stock.

Peel Hunt wrote that the purchase gives Plus500 a foothold in the substantial Japanese retail trading market, which should allow the company to leverage its trading technology and marketing strength, to grow the EZ Invest business over time.

Peel Hunt also speculated that Plus500 had spent less than USD 10.0 million on the purchase, they rate Plus500 as an add and have a 1695p price target.

Western businesses don’t always do well in Japan because of cultural differences, however, if Plus500 did pay less than 10.0 million dollars for the broker then they have secured a relatively cheap option on Japanese growth. Particularly if the marketing strategy that has built the business elsewhere strikes a chord with Japan’s retail traders.

Plus500 2021 earnings earn another upgrade from Liberum 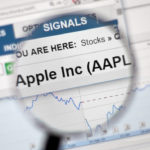