Over the last few weeks we have seen a monumental change in investor sentiment which has swung from maximum greed, all the way round to maximum fear. That move was accompanied by an even bigger reversal in the performance of global equity indices, currencies and commodities.

What's in this guide? show
Compared to prior events
Markets do not repeat themselves but they do rhyme
Intervention to the rescue?
How effective has intervention been over the longer term?
Similarities yes but differences remain
You may also be interested in:

The graphic below shows the CNN Fear and Greed index which monitors 7 separate indicators of investor sentiment, in US markets, to create an index, that ranges between 0 and 100. Readings are displayed on an easy to interpret gauge. The speed with which the record-breaking eleven-year old bull market came to an end, was astonishing.

It took just a little over 3 weeks to wipe out a large chunk of the previous 4100 days cumulative gains.

Those of us who have been in the markets for some time have of course witnessed previous corrections and crashes. But none of those within living memory have been as ferocious as the Coronavirus crash.

Compared to prior events

In fact we can see exactly how recent events compare to prior market crashes in the chart below, which has been compiled by the research team at IG Group. The chart shows the percentage move in the S&P 500 index from the start of the respective corrections and plots this,against a time scale in days. We can see just how steep the Coronavirus crash (in red) was in comparison to other extreme events, such as Black Monday in 1987 and the Dot-com crash some 12 years later.

It’s interesting to compare recent events with the dot-com bust because the end of the initial dot-com boom, was also a multi-factor event. There had been a currency crisis in Asia and a debt default from Russia, leading up to the Dot-com bust. Those factors combined to bring down what was then, the world’s largest hedge fund, Long Term Capital Management. Which had to be bailed out by the US Federal Reserve and a consortium of commercial and investment banks. That failure spooked the markets and burst the dot-com bubble.

Markets do not repeat themselves but they do rhyme

The precursor to the Coronavirus selloff was a body blow of a different sort, and it came from a rather unlikely quarter. Namely the oil markets.

Uneasy bedfellows Saudi Arabia and Russia were meeting in Vienna in early March to discuss an extension to existing oil production quotas. Whilst the Russian delegation returned to Moscow for consultations, the Saudis hatched a plan that amounted to a take it or leave proposal, which they presented to Russians, on their return to the negotiating table.

The Russians took exception to the hardball tactics and indicated that not only would they not be signing up to any extension of production cuts, they would no longer honour the existing arrangements. A decision that infuriated the Saudis, who announced an all-out oil price war the following day. Oil prices collapsed as a result, and year to date the US WTI contract has fallen by some -60.0%. The chart above clearly shows oil prices, in blue, moving sharply lower ahead of the S&P 500 drawn in green. The oil shock unsettled the markets but the rapid and aggressive spread of the Coronavirus (particularly in Italy) kicked them off their perch.

We saw wave after wave of selling, and huge price moves across many asset classes. As market participants effectively panicked. Even now the S&P 500 is down by more than -23.0% in 2020, having made new all time highs, just five week ago.

Intervention to the rescue?

Following massive central bank and government intervention, some semblance of calm has now returned to the markets, but things are still fragile and the future is uncertain.

Can we learn anything about what’s to come by examining what happened after other severe market corrections? The results do not look that encouraging, I am afraid, as we see a protracted bear market following three of the four comparable events above. The exception is found in the 2007/8 Global Financial Crisis and the Great Recession that followed.

In this instance the bear market was cut short by a massive stimulus program led by the US Federal Reserve and Department of the Treasury. Who injected huge sums of money into the US and global economies, through a combination of bailouts and QE?

QE was also adopted by the Bank of England, the Bank of Japan and the European Central Bank, all of whom still had some form of QE in operation in the run-up to the latest crisis.

How effective has intervention been over the longer term?

The question that follows on from this then is how effective was normal and unconventional monetary policy in terms of hastening a recovery after a crash? Once again the IG research can shed some light on that, and in their third chart (see below) they plot the respective recovery periods from the prior crashes.

Central bank and government intervention certainly seems to have helped speed a recovery as we can see a sharp rally in equity markets in the data for Black Monday, the Dot-com bust and the 2007 GFC/ Great recession. In 1987 central banks did not deploy QE but they did cut interest rates and add liquidity to the markets. In 1999, as we noted earlier, the Fed acted together with other banks to rescue LTCM and prevented a bigger disaster (though some would argue that Fed policies had helped to inflate the bubble in technology stocks in the first place).

Of course, QE and low, or even negative interest rates have been a major and ongoing part of the response to the events of 2007/08. In the US and UK these seem to have been very effective though less so in Japan and the Eurozone.

The shape and duration of the Coronavirus induced recession (which is now seen as inevitable) is a matter of considerable debate and as the crisis is still ongoing, its legacy is very hard to predict.

One of the major differences between this and other bear markets and economic downturns is the immediacy, and the number of people and businesses, that have already been affected by social distancing, working from home and outright lockdowns.

Many businesses have already shuttered and laid off staff, indeed whole industries have closed their doors, hopefully on a temporary basis, but there are few guarantees. Although governments have stepped in to try and fill the gaps in the economy and earnings if they can.

Wall Street had its best day for 87 years this week as the US government signed off on a US$2.0 trillion aid package. But even that staggering sum may need to be enlarged if we are to avoid the worst possible outcome, That of a prolonged and painful1930’s style depression, which was only really vanquished by the outbreak of war in Europe. Neither of those are things we wish to see again.

What is certain is that for the foreseeable future markets will be driven by sentiment rather than fundamentals. Any signs that the virus is slowing and that new infections and death tolls are being contained will be seen as a big  positive. Because it may allow our economies to reopen for business. It’s thought that the Chinese economy has returned to something like 80% of its pre Coronavirus activity and we must hope that Europe, the USA and others can follow a similar trajectory. 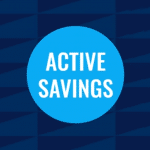