Sweetings Restaurant Review: Is the City of London Institution Worth The Money?

Home > News > Sweetings Restaurant Review: Is the City of London Institution Worth The Money?

What's in this guide? show
Sweetings Restaurant Review: 130 years old and still going strong
You may also be interested in:

I don’t make it into the city as much as I’d like now. So when I do go into town, I tend to act like a bit of a tourist. If someone says “lunch” I immediately start thinking of all the places I used to go, or ever wanted to go.

I first went to Sweetings years ago when we were doing some fundraising for YouGov lead by Noble. At the time Nadhim Zahawi was CEO and presenting his case for YouGov as a business to raise money for investors. I loved the concept and as one of my many failed business idea tried to replicate it with SurveySeat.

Noble Corporate Finance were a bunch of very old school chaps and as such held their summer lunch at Sweetings. Private hire, lovely wine, good canapes, but I’d never actually been since as a paying customer. Private hire is very different to dining anywhere.

So when my mate Adam asked if I wanted lunch today, I suggested Sweetings. He thought I was joking, as when I text him back it was full of schoolboy city jargon. He tried to book, he’s Australian.

It seemed rather apt through because I’d just met with JM Finn to interview their CEO, Steven Sussman about what wealth management companies were doing to encourage the next generation to start financial planning. JM Finn, if you don’t know it, is an old school wealth manager looking after around £9bn of family money. It’s a bit like Sweetings, no app, they print their brochures and rely heavily on customer service, trust and reputation.

That’s why I was ok when Adam suggested Oysters. I think they are disgusting. basically snot on a plate.

But my other mate, Tom, who is an architect in Esher, served them up at dinner party a while ago and they were actually tolerable. Big bucket of ice, Tom destroyed his hands as he attempted shucking. To the point at which I’ve since had them at the Brown Dog in Barnes, Sea Containers on Southbank and now, Sweetings. They still taste like you’ve been hit by a large wave on the Cornish coast and got a mouthful of seawater. but that’s ok, We are off to Padstow for half-term, and have booked half a dozen seafood restaurants so may as well get used to it.

Forget about looking for a Sweetings review on TripAdvisor, I hate that site. There are some good photos on there, but generally it is people with an agenda. You either get gushing reviews from people who only say “great” or awful reviews from people who seem to have the worst luck in the world and use it as a platform to rant.

If I were to open a restaurant it would be a little like Sweetings. Do one thing really well and only open for lunch.

I think it’s old school charm was hightened because I’d just come from a meeting in Canary Wharf. So I was in desperate need of a “black velvet” their signature Guinness and Champagne pint in a tankard. I was on floor 22 on my way to a meeting with eToro on floor 24 when an announcement came over the lift saying there was a fire in the building and could you please leave immediately.

I don’t really like One Canada Square because I was stood in front of the Twin Towers when the second plane hit and it fell down right in front of me. Since then I have been nervous in tall buildings. So we opted for a coffee in The Parlour below. Mainly because I went straight back down and couldn’t wait to leave the clinical Wharf for the dirty streets of the City.

Sweetings is classic, the clientele can only be described as “old farts” with a sprinkling of youth, and a dash of tourist. The wine was chilled and served in the type of short stub goblet glass I love to drink from whilst sat in an olive grove in Italy. Not pretentious in the slightest, despite what you might think. The service was excellent. The drinks were served swiftly, the maître d‘ was friendly and the waitress seemed to know half the diners. Halibut was meaty, and the Samphire was salty.

To get to my perch overlooking the open restaurant with a bar on one side and high tables on the other I had to squat my way under the table before banging my head against a protruding boiler. All part of the charm.

We had a white burgendy, although I wish I’d adopted for a Chablis. I didn’t get a chance to Wotwine the bottle. But I doubt it would have been on there anyway. If you want value in wine download Wotine. It’s a great app set up by some masters of wine, with clearly more money than sense. the founders were also responsible for dobbing me in for smoking behind the bike sheds at school.

We skipped pudding as I like to be home for supper with the family at 6 as a big portion of spotted dick would have filled me right up. No coffee either, as the waitress explained they don’t do hot drinks. Once you’ve had your fill, you can sling your hook….

If you’ve not been to Sweetings before or even recently, I sincerely recommend you do. I don’t know who owns it now. Perhaps it is a very rich benefactor, but it’s only a matter of time before the block is knocked down for the next city sky scrapper. 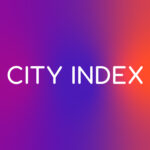 City Index has a new look, introduces Playmaker plus adds more options and extended trading hours on US stocks