International Airlines Group (LSE:IAG) is the parent of Aer Lingus, British Airways, Iberia, Vueling and LEVEL. The corporate entity, formed in January 2011, is a Spanish-registered company with shares traded on the London Stock Exchange and Spanish Stock Exchanges.

What's in this guide? show
Is IAG a good investment in the long term?
When is the best time to buy IAG shares?
Is the IAG share price overvalued or undervalued at the moment?
Why has IAG’s share price risen recently?
What is the IAG’s share price prediction?
Where to buy British Airways (LON:AIG) shares
You may also be interested in:

It is no secret that the airline industry is difficult to operate in. Not only is the sector capital-intensive, but it is also deeply cyclical too. So wild is the swing in airlines’ operating profits that even the greatest investor – Warren Buffett – is wary of investing in airlines. A few years back, Buffett wrote about his view on airlines (Berkshire Letter 2007):

The worst sort of business is one that grows rapidly, requires significant capital to engender the growth, and then earns little or no money. Think airlines. Here a durable competitive advantage has proven elusive ever since the days of the Wright Brothers. Indeed, if a farsighted capitalist had been present at Kitty Hawk, he would have done his successors a huge favor by shooting Orville down.

If you look at the performance of International Airlines Group (LSE:IAG) or easyJet (LSE:EZJ) since the pandemic started back in 2020, you will understand what Buffett meant by ‘elusive competitive advantage’. A major terrorist attack like 9-11? Airlines grounded. A global pandemic? Bookings vanished. High oil price? Profits disappeared. There are so many factors that could derail the profitability of airlines.

No wonder airlines’ share prices seldom exhibit long-term growth trends that we see in other sectors like technology. Airlines are always knocked back every couple of years.

Take a look at IAG’s long-term chart. The stock has been treading water since 2000. Prices yo-yo in between a defined price range with no real growth over time. During a cyclical upswing, prices rallied about 100-300%. Then, these gains vanished as soon as a recession arrived.

Moreover, dividends are slashed to zero when losses are swelled. Dilutions also worked against shareholders. In 2020, IAG raised euro2.7 billion during the pandemic to shore up its battered balance sheet.

Is IAG a good investment in the long term?

So, is IAG a good long-term investment? Based on the operating history of the sector, the answer is no.

A long-term outlook here is unsuitable because of the cyclicality of the factors underpinning the industry. Oil prices and macro demand are two such factors impacting IAG’s profitability. Last summer, the jam-packed and disorganised Heathrow airport threatened British Airways’ operation in the country. On top of this, strikes and industrial action by multiple parties (eg, border force and baggage handlers) are gradually disrupting the operational capacity of the airline.

Overall, I would think twice about investing in airlines for the long haul. The fact remains IAG’s shares have not performed for quite some time. But then, after a prolonged decline in IAG’s share price, a rebound is currently underway. The medium-term price target is observed at around 200p. When is the best time to buy IAG shares?

The airline industry is a cyclical one.

Factors affecting the profitability of the sector included oil prices and macro demand, both of which are highly recurrent. Unsurprisingly traders of airline stocks need to take into account these factors when buy and selling IAG shares.

According to IAG’s share price pattern, the stock tends to rally during an economic upswing and decline in a recession. Mind you, most shares do that. But airlines exhibit this cyclicality most regularly.

Hence the best time to buy IAG shares is when the outlook is the most pessimistic. A ‘deeper than expected’ recession – or a market crash – will provide a good opportunity to buy IAG shares for the medium term. There is a natural long-term floor on IAG shares at around 80-90p. Most long-term investors will use that base to load up shares.

Once the bottom has passed, investors need to hold the share for quite some time to reap the benefits of the rebound.

Is the IAG share price overvalued or undervalued at the moment?

Throughout the second half of 2022, the airline was very much ‘undervalued’ due to the persistent fall in IAG’s share price.

A quick look at its 3Q results released last October showed some improvement over the previous year. In the 9 months to September, cash increased by 16 percent; total revenue soared from euro 4.9 billion to 16.7 billion. Even more surprising is that the airline managed to squeeze out a tiny profit of euro 199 million. It seems 2022 despite the cost-of-living crisis passengers continue to travel.

The £8 billion airline was thus undervalued in the second half of 2022.

However, after a massive 77 percent rally since October last year, IAG is neither as undervalued nor as oversold as it was back in September. Now I expect IAG’s share price to churn sideways as to digest the recent rally.

IAG has rebounded sharply over the past three months due to several reasons:

By and large, the prolonged decline in IAG’s share price appears to be over. Technically, however, the 25 percent rally from 125p is short-term overbought. Chasing after the stock now entails a poorer risk-reward ratio than before. A consolidation may occur in the short term.

The airline sector is very much out of favour at the moment. The fact the market is fearful of a recession in 2023 overshadows most sectors.

Compared to a year ago, IAG has a lesser number of analysts putting out ‘Hold’ or ‘Outperform’ recommendations on it. This is unsurprising as the underlying macro conditions have worsened over the past twelve months. The ongoing retrenchment in the tech sector is a confirmation signal of this negative thinking.

As to IAG’s median price target, it is set at just 157p – 5% lower than its current share price. This shows how pessimistic the City is on IAG.

Given this disparity between the investment community and the stock, a further rebound in IAG’s share is not to be ruled out.

If you want to buy shares in British Airways you need a share dealing or trading platform that will allow you to invest or trade in UK-listed shares like Hargreaves Lansdown, AJ Bell or Interactive Investor. 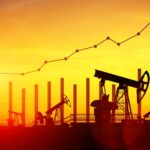