I would say it’s a universal truth that there are two things you need to be a successful investor.

What's in this interview with Stephen Yiu? show
Why set up Blue Whale Capital?
What’s been the best part of going alone?
And the worst part?
Can investments be timed?
What advice would you give to investors?
You may also be interested in:

I say you need money because this Instagram generation is in danger of thinking they can trade Forex for a living, when in actual fact they can’t. There is no way the constant feed of Louis Vuitton clad, rented Bentley driving wannabees are outperforming fund managers such as Stephen Yiu, who’s Blue Whale Global Growth fund has generated over 34% return net of fees since inception in September 2017. (#obligatoryriskwarning: past performance is not indicative of future results).

So if you’ve only got £10,000 risk capital, there’s no point trying to turn that into a living.

But if you have time, you can let it grow.

That’s the problem with investing. If you want to have fun and speculate with a small portion of your portfolio, you have to take high risks. But, if you actually want to make money from your investments, you’re best not being involved at all, doing absolutely nothing and having someone else look after it for you.

I should say as a side note that every time we do these interviews they are different. With Stephen, I went to meet them at their West End offices, not grandiose as one would expect from an established fund management company, but functional, open and intimate. Stephen has a lot to say about the industry and I came away with a transcript of over ten pages. So, with the help of financial journalist Gill Wadsworth, we’ve whittled it down to the highlights.

A while ago we spoke to Peter Hargreaves the Chairman of Blue Whale about why he helped set it up. Now we hear what Stephen Yiu, founder of Blue Whale Capital has to say about the best and worst parts of setting up Blue Whale and his thoughts on market timing and investment strategies…

Why set up Blue Whale Capital?

I wanted to start up my own company because the investment industry has gone in a different direction to the one in which I want to go. In the long-only space, the asset gatherers want to hang on to clients in a world where regulatory hurdles make it difficult, and there are pressures to reduce fees. This means they continue to reduce fees without focusing on performance.  Of course, once the fees are down there is a pressure on resources; how many people can they hire within the team?

If there are just two people running a portfolio of 50 to 60 stocks, they have to rely on a lot of external resources to help them do the job. This means speaking to brokers and using a lot of sell side research. They talk to analysts and they meet with management teams, but they will need to diversify their portfolios which means doing more fundamental research, reading reports and looking at balance sheets.

I have calculated that running sixty stocks between two fund managers, means working 10 hours a day per individual. It would be a hundred hours a week and four hundred hours per month. This translates to about five hours per holding, and what can you do with five hours? You read the annual report, you speak to analysts, get some sell side research, you see the management, you do some back of the envelope calculations and that’s it, you move on. Next company.

At Blue Whale we have more resources; there are four of us and we focus on just 25 companies. We don’t read just one annual report, we read probably five for the same company. The level of research that we do per single company is significantly higher and that’s where the outperformance comes in. Outperformance requires a lot of work and that is how we differentiate ourselves from our competitors.

We can’t have this set up within an existing firm because we wouldn’t have four people and then we wouldn’t’ get the performance. That is why Blue Whale is different.

What’s been the best part of going alone?

As a new start-up there is a lot of autonomy to do things that we feel are important. We’re quite a dynamic company – the people who work here are all quite young – and it is important and that we focus on resources and getting things done. I think in bigger companies that is probably more difficult.

And the worst part?

The hardest part is that we’re a start-up fund and there hasn’t been another proper start up for some years. We invest in just 25 stocks and we have yet to build credibility in the industry, which is difficult because not only do we need to convince people to buy our fund, but also to put our fund on their platform. That journey takes a long time; it can take 12 months to get on a platform.

We don’t need to convince people about the performance. That is the easy part because ours is extremely good. We work hard, we can react straight away, and we execute that very quickly. But the real challenge is convincing people to back us early on rather than opting for a more familiar fund manager with a longer track record and observing our performance from afar. If you back Blue Whale, which has done well so far, but let’s say in the next two or three years we stop doing well, people will question why they backed us with no track record. This is a challenge.

Can investments be timed?

Timing the market is far less important than the time you spend as an investor understanding the market. A sound company may do well after a long period of time rather than within one or two years. But it is not just about being patient, it is about knowing what is happening in key markets and in companies themselves. For example, the UK equity market has done badly versus the US. That is not about taking a long- or short-term view, but rather because UK companies themselves are broken. The US has Google, Microsoft, PayPal, etc. We don’t have any of those. People think it is about Brexit – perhaps they think they can time the market here. But say the UK stopped Brexit and the domestic market went up massively for a short period of time, would this continue? No. Is the UK going to become the star of Europe if there is no Brexit? No. We are not going to go back to the good old days. You can’t time the market – you can only know the companies within the market and have conviction based on knowledge.

What advice would you give to investors?

As stock pickers, the most important point is knowing the company inside out. We try to take in a lot of information, which takes time to get our hold of. If you know a company inside out it improves your competitive position. Investors need to know what to do when there’s a price move, which might not be in your favour. If the price goes down by five per cent, do you sell it, or do you buy more because the market has got it wrong? If the shares are up ten per cent, do you buy more, or do you sell? It is about knowing what you have got yourself invested in.

The example I give is our sizeable investment in Amazon. It’s a top ten stock which means about five per cent of the fund. I had a meeting with a potential investor who said, “I know a global fund manager, who has bought Amazon, and they haven’t done as much work as you, but they have also done well, so what’s the point of working so hard on the stock?”

I think the answer is obvious and I was amazed that we got asked this question. Yes, everyone can buy Amazon because it’s two per cent of the index. If you buy MSCI World or iShare, tracker funds, you get an underlying two per cent exposure. But you’re not going to make as much money as us from Amazon because you do not have the conviction. You are going to put £1,000 on Amazon but you won’t put your entire savings on the stock, because you don’t know what you have got yourself into. It is about knowing as much as possible about your investment and then knowing when and how to act. So, if Amazon goes down ten per cent tomorrow, we probably would increase our position, but other less well-informed investors might pull out. But of course, if the fundamentals changed then we would change our position but only because we know that investment inside out.

If you’re buying a property, you’re not just going to easily spend half a million to a million pounds buying property. You’re going to do your research on the area, on the structure of the building. You ask the selling price, find out who are your neighbours and what you develop. And of course, once you know the area inside out and if you have more money and you want to buy a second home, then you can be opportunistic. That’s exactly what you need to do as an investor. 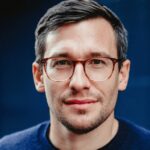 Julian Robson, Beanstalk co-founder on the importance of investing in a JISA for your children