Are loss-making fintech investment providers worth the risk?

Home > Analysis > Are loss-making fintech investment providers worth the risk?

Robo Advisor Nutmeg reported annual results to the end of December 2019 yesterday and they didn’t make pretty reading, as the business lost £22.0 million over the course of last year, despite a rise in both client numbers and business turnover.

Nutmeg also highlighted “ tax loses” of £78.0 million which it intends to carry forward to be offset against any future profits.

Nutmeg had £36.0 million in the bank however at this rate of cash burn that won’t last long

In terms of where the money goes staff costs, including salaries, pensions. share schemes etc cost the business £15.10 million.

Nutmeg would be far from the only financial services company that is currently running at a loss and that raises the question of whether you should you deal with or through an unprofitable or loss-making provider?

I think to answer we need to drill down and draw some distinctions firstly financial services is a secular business often referred to as a “feast or famine industry” and many stockbrokers, for example, have over the last decade, morphed into wealth managers to try and get away from the cyclical nature and volatility of commission-based earnings streams.

After all stockbroking clients can be fickle but assets under management and or administration tend to be stickier and attract annual fees.

Running at loss became the common currency for many high street banks in the years following the 2007/8 credit crunch and the global recession that followed in 2009.

And the banks were then dogged by a seemingly never-ending stream of PPI claims and provisions. which often pushed their results into the red their after.

It’s also true that a change in the way that we, as consumers, want to use access and purchase financial services has changed the landscape and the economics of the business. A move to low-cost online services has pushed down revenues and profit margins but also added to costs in areas such as technology and compliance.

A host of new business has sprung up in recent years to try to capitalise on these changes and these would-be disruptors have chosen to try and carve out market share rather than concentrate on the bottom line. Mirroring the tactics and business models of US tech companies, a trend that also highlights the secular changes that financial services have been going through.

Revolut is one of these new businesses, founded five years ago to offer money transfer payments and currency exchange online, and at low cost. The business has more than 12.0 million retail customers and 500k businesses on its books.

Revolut supports operations in 35 countries and more than 30 currencies and all from a dedicated smartphone app, which processes 100 million transactions per month. More recently Revolut customers have been able to invest in gold and other commodities, as well as stocks and cryptocurrencies.

Fees at Revolut start as low as $1 per trade and standard accounts which offer a bank account and a debit card that facilitates purchases and withdrawals in foreign currencies, at interbank rates is free. Whilst the premium and metal accounts, which offer enhanced services and functionality, charge fees of £6.99 and £12.99 per month respectively.

Valued at around $5.50 billion or £4.21 billion the business lost £107.4 million during 2019 on revenues of £162.70 million. That figure represented an increase of +180.0% over the comparable figures from 2018. The target is for Revolut to break even during 2020. That may be possible if the firm can drive down costs, in particular, the marginal costs of doing business which stands -£1.52 per customer according, to the firm’s 2019 annual report published in August this year.

Another high profile startup in this space is Freetrade the commission-free stockbroker which has round 230,000 customers. Portfolio sizes among the customer base have doubled, on average, to around £2000.00 this year. And, the business raised £7.0 million pounds in May through a crowdfunding issue. But it is not yet profitable nor is it likely to be so for some considerable time to come.  The introduction of Freetrade Plus an enhanced offering, that charges a £9.99 monthly fee. may help to speed up that process.

That premium fee-based service looks much needed as Freetrade generated just £86,000 of revenues in 2019, highlighting one of the obvious issues of a low cost or freemium business model, which is that it needs enormous volumes and very low marginal costs for it to make any money at all.

Of course, the Venture Capital backers that have invested millions in these types of businesses are themselves not that interested in the bottom line

They are more concerned with growth metrics and the possibility of an IPO or trade sale, of the business, at a premium valuation of the kinds that tech companies are currently enjoying.

Part of that process may involve consolidation within the industry which comes about in an attempt to raise volumes and lower costs to achieve the economies of scale, that technology can offer.

Indeed we saw several deals in the US online broking space over the last year for just those reasons as Freetrade’s US rival, Robinhood, rapidly grew market share

Whilst we have yet to see that happen in the UK and Europe, it’s quite telling that we have seen consolidation among crowdfunding exchanges as Crowdcube is merging with rival Seedrs, to create the worlds largest private equity market place. In an effort to conjure up the necessary critical mass for success.

The merger will need to be approved by the FCA and perhaps, more importantly, the CMA or Competition and Markets Authority. So it’s unlikely to be concluded quickly but it may provide a clue as to what happens next in the wider fintech space.

In summary, then the fact that a financial services provider is loss-making is not always a bad sign. However, the judgement really depends on how and why those loses occur, whether they are repetitive and, whether the bank accounts and balance sheets of the business can sustain them.

Retail accounts at FCA regulated businesses are protected by the Finacial Services Compensation Scheme or FSCS, in the event of failure or fraud.

That protection is for a maximum of £85,000, however. So those with larger portfolios might well want to consider trading with institutions on a sounder financial footing. Or at least choose to keep their activities with loss-making providers to within FSCS limits.

However, the truth is that in the current world of low and negative interest rates traditional perceptions of risk have been skewed.  After all, if one of the “safest “ investments on the planet, German government bonds no longer pays any income, and have actually become a cost to the bondholder, and one that may well be redeemed at a loss.

Maybe its time to reassess our attitudes towards financial risk overall.

Perhaps the best way to approach this new generation of loss-making Fintechs and financial services providers is to be an investor in them, as well as, or rather, than a customer of them. 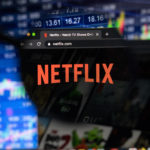