December is usually the time when investors look back, assess, and look forward. 2020 was a leap into the unknown but it is about to become history. Time to close the chapter and turn over a new page, so to speak.

What will happen to the stock market in 2021?  Here we look imaginatively outside the mainstream and present some actionable investment ideas for readers.

But first, we look back to the most dramatic events of 2020.

What were the biggest events in 2020?

When we started 2020, few had heard of coronavirus. Now, the word conjures up images of death. That spiky round virus led to a dramatic collapsed of international travelling, closures of numerous retailers and restaurants, and enforced millions to ‘Work From Home’.

Winners from the pandemic? Electronic communication enablers, healthcare, and government bonds – the latter soared as central banks embarked on unprecedented QEs programs around the world.

2. Trump Out of White House

The Will of the American people has spoken. On January 20, 2021, Donald Trump will be “fired” from his job. Hopefully, the incoming president will lower political uncertainty following an election year. A less confrontational foreign policy will also be welcomed.

3. A ‘Green Recovery’ takes off

Governments around the world are now focussing on the so-called ‘Green Recovery‘. Gone are the oil-guzzling cars. They are set to be replaced by electric cars propelled by rechargeable batteries. Lower pollution is the prime objective. The market priced these policies pretty quickly. Exxon, Shell, BP all crashed to decades low. Electric vehicle stocks took off.

Winners? Tesla by far, followed by some associated subsectors within the EV industry like lithium miners and battery markers. Market Trends that Could Surprise in 2021

Those events are entering history. Now it’s time to look forward. For 2021, we bring some bold ideas to start the conversation. We explore six market trends with actionable ideas.

1, The Pandemic to End by June

The pandemic ends by the middle of next year. The basis for this statement? A huge increase in vaccine production in the next three months. This is then quickly distributed widely across the world. In less than a hundred days, cases will plunge. Any market weakness going forward is a buying opportunity. Counter arguments for this forecast: A dreaded ‘Third Wave’, vaccine production not up to speed, and a virus mutation that renders the vaccine useless.

Bond prices will suffer a sharp fall next year. The safe-haven asset loses its luster as investors chase risk. Moreover, inflation may rise faster than expected due to a supply shortage, eg, transport for goods, and a sudden rise in demand. Who knows, even central banks may start tapering their QE. Look at how the talk of negative rates in the UK slowly fizzles out.

Tesla (TSLA) is now bigger than most of its automobile rivals combined, even though it only sells a fraction of its rivals’ cars. Even Musk himself tweeted some months ago that “Tesla share price is too high“. Well, that Tweet hasn’t prevented people from chasing the stock even higher. Some electric vehicle stocks (LI, XPEV, NIO) are already correcting from their recent highs. As Tesla is about to issue more new shares on the market soon, its uptrend could break.

Trade: Take profit in Tesla (TSLA). If shorting TSLA, only do it after prices drop below some trend indicators like moving average.

One of the winners of 2020 was, surprisingly, Bitcoin. Prices have more than tripled from its March lows to trade at new all-time highs above $20,000. Bullish momentum is observed in most cryptocurrencies too, albeit with varying strength. Apart from trading bitcoin directly, one could buy crypto miners. This is like buying gold miners during a gold bull. However, this sector is still new and there are limited choices. Most miners are really small caps, so the risk is high. Moreover, many had a good run already.

Yes, you heard this right. Investing in the uranium market could be set for a jolt in 2021. One, the memory of the Fukushima disaster that happened nearly a decade ago is fading. Two, uranium prices are holding up. In fact, 2020 saw the first decisive higher high in uranium prices since 2014 (see below). A further rally from its base formation may happen next year. Did you know Cameco (CCJ), one of the largest uranium producers, rallied 40% this month? Elon Musk has another venture that many other people frequently forget – SpaceX. Privately owned, SpaceX was valued at $100 billion recently. Musk’s clashes with Bezos’ Blue Origin, another space company, is legendary. 2021 may see another spurt in the space industry as commercial rocket launches cheapen over time. Virgin Galactic (SPCE), Maxar (MAXR) or Trimble (TRMB) are some of the US listed ‘space stocks’. Alternatively, you could buy an ETF sponsored by Procure, based on the S-Network Space Index, that contains 31 space stocks in the portfolio (chart below). Its ticker: UFO. 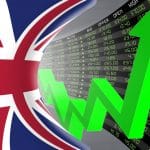