Here is why is the Pearson (LON: PSON) share price dropping

Home > Analysis > Here is why is the Pearson (LON: PSON) share price dropping

The Pearson (LON: PSON) share price has been battered as US college enrolment drops

The education-focused stock crashed 14.9 percent despite a 10 percent rise in group revenue in the first nine months of 2021. Specifically, the 9 percent decline in US Higher Education courseware unsettled investors greatly.

The rise in covid cases among young adults disrupted enrolment and this may lead to lower revenue despite the earnings reassurances from the company. Pearson’s full year profits is predicted at £377 million.

Overlooking this, the new US learning app, Pearson+, was well-received and registered nearly 2 million users.

At the time of writing, Pearson’s share price extended its Friday drop and traded 3 percent lower at 601p.

Look at its daily price chart. Prices have regressed all the way to its November levels. The latest downward dynamic may find temporary support at the round number level at 600p, although any oversold rally now may be used as exit points for shareholders who bought over the past nine months and are sitting underwater. We suspect a fair few stop losses were triggered on Friday.

On a broader outlook, the post-pandemic rally for Pearson is potentially over. Unless the downtrend is checked, its medium-term directional risk is skewed to the downside.

Pearson used to have broader revenue streams in the past. But it changed direction and focussed on education a few year ago. The company sold the Financial Times for £844 million and the 50 percent stake in the Economist for $730 million in 2015.

This left the £4.7 billion company dependent on the education sector.

Just before last week’s decline (14 October), the market consensus for Pearson was reasonably bullish. For example, a year ago only four analysts recommended ‘Buy’ or ‘Outperform’. Now, six.

Will the latest decline lead to more analysts recommended ‘Sell’? Perhaps. By then, however, it would be too late to sell as PSON could have drifted lower.

If you are based in the UK you need a stockbroker that will allow you to invest or trade in UK listed shares like: 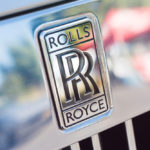