It may be a good time to invest in Chinese stocks. Here’s why…

Home > Analysis > It may be a good time to invest in Chinese stocks. Here’s why…

Away from the shouting match in Westminster, investors are getting some optimistic signals on the Sino-US tariff war. Both countries now ‘agreed’ to resume trade negotiations some time in the near future.

Could now be a a good time to buy Chinese equities? The past 18 months saw a rollercoaster in the Chinese stock market. A bear market in late 2018 was followed by a sharp rebound earlier this year. And after a consolidation in the third quarter, it seems another rebound is on the table again. The CSI 300 Index seems to be on the cusp of a downtrend breakout (see Featured Chart).

Below I show a few notable US-based Chinese ETFs, which offer interesting opportunities for investors here in the UK.

iShares China (FXI) – this ETF tracks the 50 largest – and most liquid – Chinese stocks traded on the HK Stock Exchange. Many investors prefer this instrument because it invests in large caps outside China. It is one of the larger China ETFs. Prices recently tested the 38.0 support but is on the rebound. iShares MSCI China (MCHI) – tracks the MSCI China index, which includes HK and some mainland stocks (30%). The largest constituent stock is Alibaba (BABA). This ETF remains in a downward channel but is testing the upper side of the band.

KraneShares CSI China Internet (KWEB) – invests in Chinese Internet companies. This is an interesting choice because if offers exposure to the fast-growing Chinese technology market. The top ten holdings (from KraneShares website) are: Some of the holdings are doing well recently, such as PinDuoDuo (PDD), a newly-listed stock that raced to new all-time highs. Another doubling of prices from here is possible. Harvest CSI 300 China A-Shares (ASHR) – tracks the 300 largest Chinese shares traded on the Shanghai and Shenzhen exchanges. Some investors like this choice because A Shares may trade at a premium relative to overseas stocks, like during 2007.

Overall, there are now growing avenues to invest in the second largest economy in the world. Investors should have some exposure to Chine because it offers diversification. Ray Dalio, the hedge fund guru, recently described Chinese investments as ‘bets on both horses in the race’. This makes sense. Emerging markets, of which China is a large component, are still growing faster than developed markets. Readers should take note. 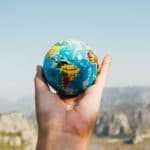