News has emerged this week that InterTrader has expanded its financial footprint by buying CFD broker Sigma Trading. It is just one of a number of developments which show how the ESMA’s restrictions on leverage are beginning to take hold.

Sigma Trading’s performance has been pretty robust. Last year it had revenues of £16.8 million with net profits of £223,000. However, the announcement of new regulations from the ESMA which restrict the amount of leverage spread betting brokers can let their clients can take on has prompted them to shift their attention towards institutional clients.

However, the correction has brought new investors into the market. For GVC Holdings, which is better known for its activities in the sports betting and online gaming space, this is a chance to further build their activities in the financial space. Yes, the market may be going through a period of adjustment, but they still believe there are healthy profits to be had.

That same attitude has prompted a series of institutional investors to get involved with Plus500 despite a dramatic fall in its share price. An underwhelming profit announcement saw its share price fall by 25% from the record highs of earlier in the year.

However, this dramatic correction in its value has brought institutional investors knocking. BlackRock is the most recent arrival and has taken a 7.2% stake in the company. At the current market rate of around $14.50, that values Blackrock’s stake at £115million. Earlier in the month Axxion SA had taken a 5% stake in Plus 500.

Plus500’s most recent profit announcement may have been disappointing, but the business is still in a relatively strong position. It falls a long way short of the stellar performance of Q1 and with the company announcing that it doesn’t expect its bumper profits from earlier in the year to be repeated, it is further proof that ESMA’s regulations are really beginning to have an impact. 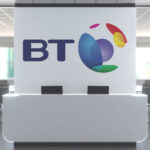