Australian FX and CFD brokers are still digesting the proposed ASIC margin restrictions made a month ago by the Australian securities regulator ASIC.

Those proposals would restrict the levels of leverage available to retail margin traders in Australia.

The suggestions, which were the first foray by ASIC since it was granted product intervention powers, are similar in scope to those introduced into European margin trading by ESMA in 2018. Though interestingly ASIC has proposed an even tougher margin regime than their European peers.

One of Australia’s largest margin trading forex brokers, the Pepperstone Group has decided to get out in front of the ASIC proposals by highlighting ASIC’s document to its clients and asking them to contact ASIC, via email, with their views on the proposals and the likely effect on their trading.

Pepperstone has also pointed out that the current proposals would only apply to retail traders and that professional, or wholesale customers, as they are known in Australia, would not face leverage restrictions.

Pepperstone has introduced a dedicated wholesale or professional trading account for these type of clients called Pepperstone Pro. The new account offers a number of benefits including a dedicated account manager and volume-based rebates.

To qualify for a pro account Pepperstones Australian clients will need to demonstrate a net worth of AUD 2.50 million or show two consecutive years of income of AUD 250,000 or more.

Whilst the ASIC proposal remains just that, Pepperstone has clearly decided to be proactive by making its clients aware of the potential changes to margin levels and also providing them with possible remedy.

Pepperstone may have taken first-mover advantage but it seems likely that its competitors will follow suit.

Tighter regulation in Europe encouraged some traders to move their accounts “ offshore” but it seems that one of the potential “safe havens”, the Australian market, is now also facing a more robust approach from the regulator. The concern will be that those clients that don’t qualify for wholesale or professional client classification will look farther afield and end up opening accounts with unregulated entities, a situation that doesn’t benefit anybody but the unscrupulous and one which can be hazardous to your wealth. 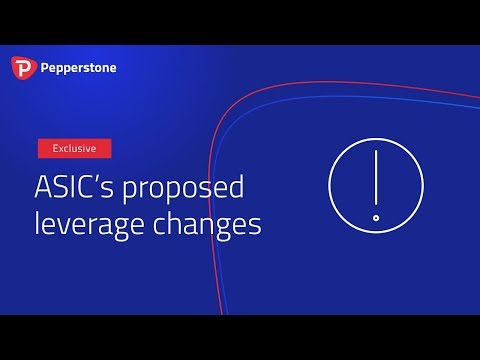 Robinhood gets pulled up by the Sherrif of FINRA